We’ve been hearing about the Pixel Watch for a long time, Long time, it seems that It will finally be revealed at this year’s Google I/O conference. While there isn’t much that has been leaked about it, we had a rough idea of ​​what to expect when it came to its looks and some of its features. Now it looks like the first official rendering has leaked thanks to 91 mobilesAnd it matches some of what we’ve already seen. 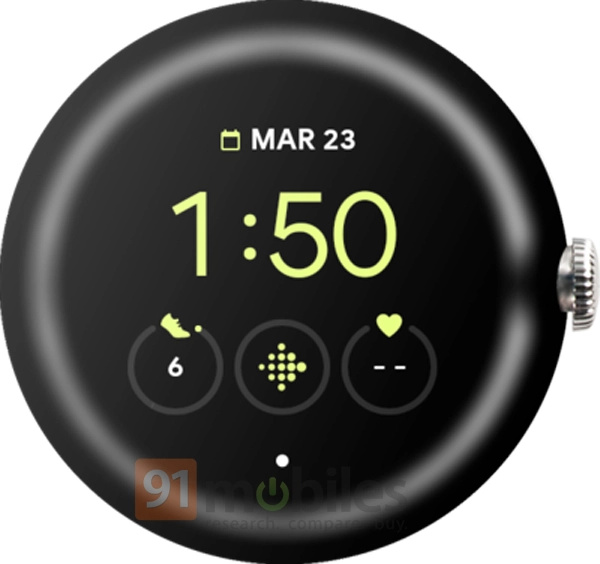 YouTuber John Prosser Rendering already shared What Google internally called the Pixel Watch, which gave us our first look at the overall design of the smartwatch. It packs a design very similar to what 91 mobiles Reports, with the single crown on the right and the curved screen throughout. 91 mobiles She didn’t share any other photos, but the one photo shows a pedometer, the Fitbit logo, and what appears to be a heart rate monitor.

We’ve heard a lot of rumors about Google Pixel Watch, which may finally be launched sometime this year. Google has been developing its own Wear OS software platform since 2014, but in all that time, the company has never sold a Google-branded smartwatch with it. There have been rumors of a Pixel-branded watch (or just a Google-branded watch) for years. We have seen Possible watch faces also leaked, two of which later appeared in those shows leaked by John Prosser. Finally, the information was then extracted from Wear OS 3.0 Emulator revealed that the hour It may contain both the next generation Google Assistant and Exynos chipset.

As we learn more about the Pixel Watch, it becomes clear that Something It happens behind the scenes. Currently, all indications are that we’re hearing more sooner rather than later, and we’re looking forward to this year’s Google I/O conference with the hope of just that.