A missile attack on an oil facility near the Jeddah circuit Friday noonless than a week after a similar attack on Saudi targets, sparked unease within the ring about the potential dangers of the grand prize target.

Formula 1 chiefs held a series of meetings throughout Friday with local authorities to get an explanation of what happened at the Aramco facility, as well as to better understand the safety precautions that have been put in place at the Corniche circuit.

After an introductory meeting with the drivers and team managers Ahead of the second free practice, Stefano Domenicali, CEO of Formula 1, hosted another meeting on Friday night along with FIA President Mohamed bin Sulayem to keep everyone informed of the situation.

The 40-minute meeting ended with an agreement between the team principals that the race could go ahead, based on promises made to Formula 1 over security in Jeddah.

Speaking to the media immediately after the meeting, Domenicali made it clear that F1 had been taking the safety situation very seriously – and had been given assurances about protection around the venue.

“We have been given full assurances that safety is paramount for the country, no matter the situation – safety must be ensured,” he said.

“they [local officials] Here with their families, actually here on the track, so they have all the regulations to protect this area and the city and the places we go.

So we feel confident and we have to trust the local authority in this regard. So of course we will go ahead with this event.”

See also  Pete Carroll: We have no intention of trading with Russell Wilson

Smoke in the sky of Jeddah

Selim added that the risk of the event being attacked by the Houthis was minimal because they did not target civilians.

And who are they targeting? They target the infrastructure, not the civilians, not the track.

“Of course we checked the facts from them and made sure that this is a safe place, the whole place is going to be safe and let’s start the race.

“Definitely all of their families are here. We are just looking forward but with the assurance that nothing will happen.” 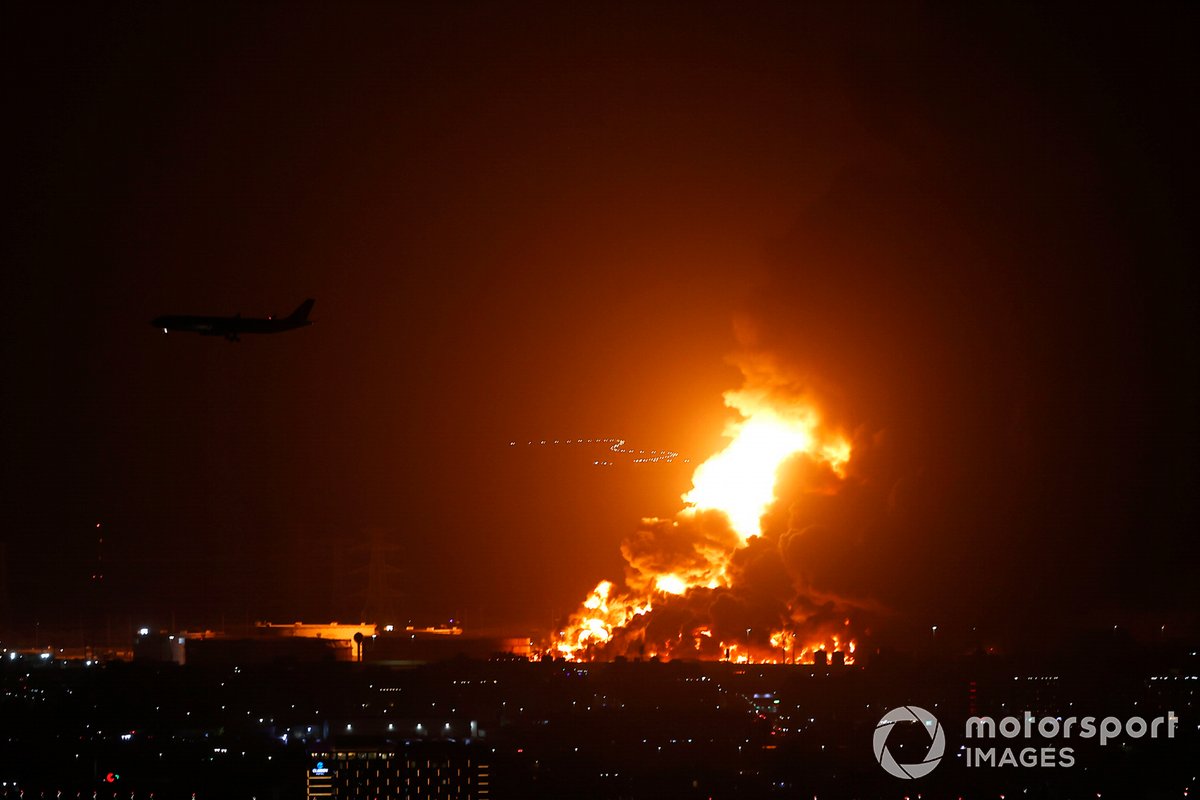 Team managers have expressed support for F1’s decision to proceed with the event afterward, although there have been hints that not all drivers are uncomfortable with the decision.

Mercedes chief Toto Wolff told Sky: “It was a good encounter. The drivers will now speak at the drivers meeting and we, the team principals, have made sure we are protected here. This is probably the safest place in Saudi Arabia at the moment. That is why We are racing.”

Asked whether he supported the event to be held unanimously, Wolff said: “Yes among the team managers.”

Red Bull boss Christian Horner added: “I believe the sport must stand together collectively. No terrorist act can be condoned and the sport should not be bullied in a situation and situation like this, it is unacceptable.”

“Stefano and the president are dealing with it and there have been all assurances from the organizers that we will go to the race.”